Walking in the footsteps of Hardman

I'm delighted to share that the journey into walking in Edward Chambre Hardman's footsteps has now begun.
Last week I took a drive up to Sedburgh to re-capture the school in which Hardman was commissioned to photograph in the early 50's.  Upon arrival I thought oh it's one school surely I'll find it as Sedburgh is such a small town, as I thought their was just one building so immediately I found it.
Suddenly I started to take photos and the feeling was unreal as to think I was walking in someone's footsteps was just amazing I can't find words to explain what it was really like...joyful perhaps or a feeling of being fulfilled.  It wasn't something I could put into words how it really felt but I was smiling so much, yes it was happening it was the beginning of something in which where it will take me I do not know.
Here are a few of the photos that I captured with my iPad but I also captured with my Reflex brownie too...but one has to wait for the development of those films. 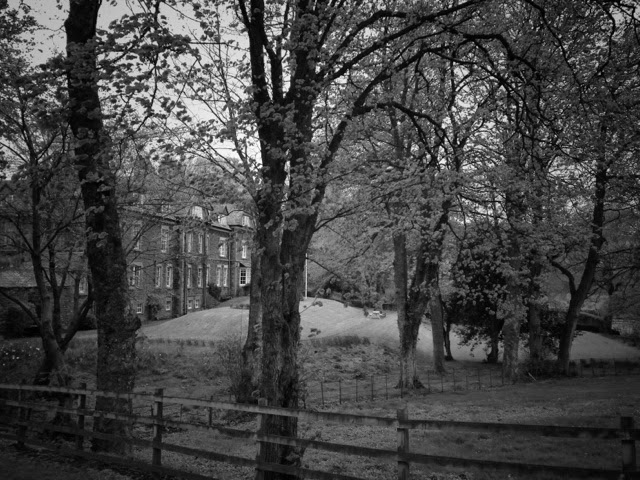 The photo below is of the old and new but as I joined them up something got the better of me as I looked closely at the photos, i just kept looking at the three sloping hills in the background.
Then I thought is this right is it the right building so I googled the school and in doing that I discovered there were at least five different schools in Sedburgh but they belonged to the one main school if that makes sense.  Curiously got the better of me as I wanted the photograph to be spot on I wanted to ensure I had the right building.  So I dropped them a email.  They answered along with accurate directions to the very spot where Hardman photographed the building.
Yes I shot the wrong building how embarrassing. 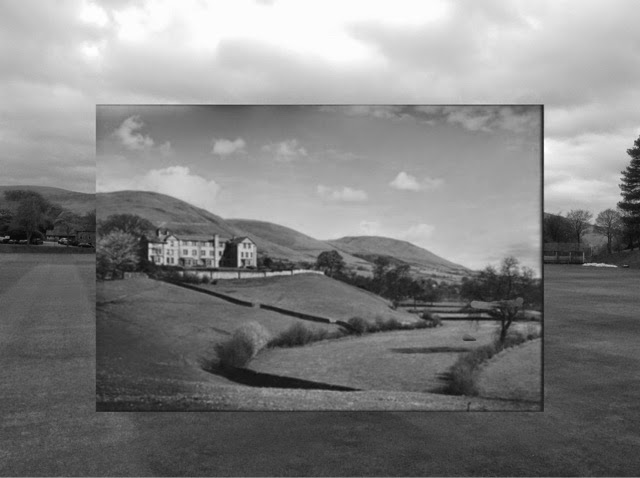 So onwards I traveled up to Sedburgh again to find the correct building....
When I got there it was amazing I knew yes this is just great so great to look upon the building and the three sloping hills behind the school.  It was breathtaking totally.
In order to get to the spot where Hardman stood I had to jump a fence and be chased by angry sheep, they calmed down eventually but continued to follow me around the field.
Here are the photos I took on my iPad but firstly let's look at the photo Hardman took in the early 50's. 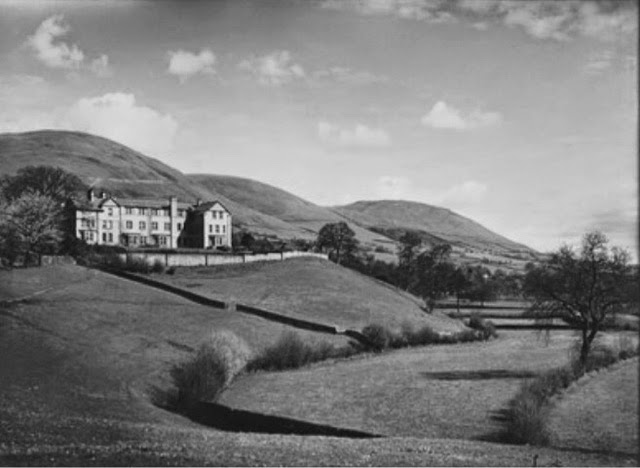 Here is mine...you can see the many changes below more trees the landscape it's mostly the same.

I also captured this with the reflex brownie so I can't wait to get the film back to see the results.
Yes I got the right building this time I guess we all stumble and make mistakes from time to time.  A friend told me well sent me a link about the joining up of the photos I misunderstood this and thought he wanted me to try joining up the photos so I followed suit and looked closely at others work in this way as it seems to be a growing trend at the moment.  To keep it short I misunderstood what he meant - it was to help me line up the photos to get them spot on...but I've learned so I'm pressing on.
My next stop is Liverpool next week to capture Hardman's most iconic photo which is the 'Ark Royal' of course the Ark Royal is no longer there as time has moved on, but as one says I'm re-creating his work from today's perspective.
So keep walking with me, more to follow next week.  But before then one more exhibition in Blackpool on Friday which will run for two weeks with 'Breakfast Included & The Lucky Jotter'.
H
at May 19, 2015