Street Photography was our last assignment it was interesting and dare I say a real challenge.

The three places I chose to visit with the view of capturing the ongoings were Morecambe, Manchester and Blackpool.

The first town was Morecambe Bay it's a town populated mostly by older people.  I drove over on this beautiful sunny day to begin my first street shoot.  I have done street photography before with the "24hr street photo project" which happens Worldwide every year.  You capture one image every hour in your chosen city and upload them to Instagram or Twitter but having done that on my phone never my Nikon Camera.

So the day began as I found myself walking the streets of Morecambe trying to in someway be discreet but it was impossible to do that as it was evident as from my camera as to what I was doing, people could see that I was taking photos of them and some objected and told me to move on.

Below are a few shots that I managed to get from that trip to morecambe. 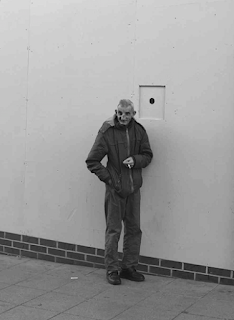 This old man was passing by when I spotted him and as I aimed my camera at him he was happy to just stop and pose.  An interesting man yet he seemed happy in himself. 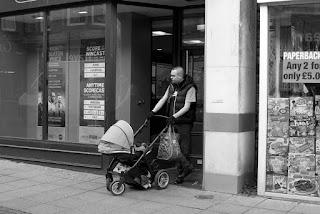 Man and Child in the shop doorway.

It was an interesting afternoon.

Manchester was quite busy that day with shoppers rushing around and minding their own business, young people too.  They were probably getting their last minute things for halloween who knows what was going on.  As I walked around looking for opportunities and looking for things that were a little different, it was hard as I tried to get away with capturing the people once again some told me to move on..

See below for some photos I captured that afternoon. 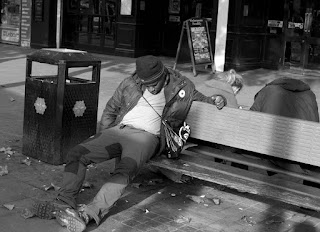 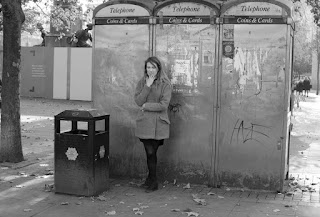 Woman having a break.

Manchester has quite a lot of homeless people which I find heartbreaking to be honest that people find themselves in this awful situation.  It's not something that I take lightly my heart goes out to these people who've lost everything whether through life choices or not of their own choosing it's a tough life and this is so sad I struggle with this area of life in our generation.
It just saddens my heart totally. 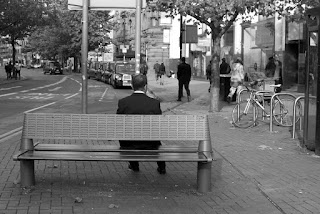 Man on a bench

I love the feel of this image the man is sitting there observing what is going on or maybe he's out to clear his head from the ongoings in the office where he works. 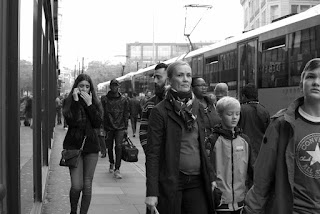 Blackpool was interesting and once again it wasn't so busy I had planned to visit on the Saturday but having not been well I had to re-plan this trip to the Tuesday after.  As I wondered through the backstreets of Blackpool looking and observing as I walked along.  Many old people were out in the town that day and a few caught my eye just at the right minute I was able to capture them quickly. 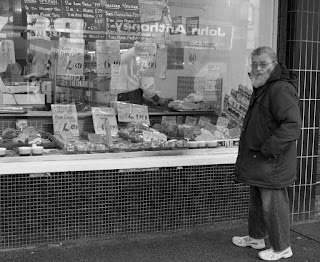 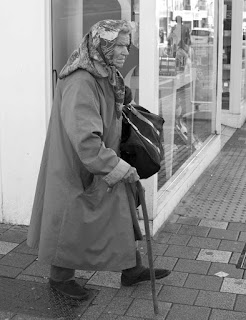 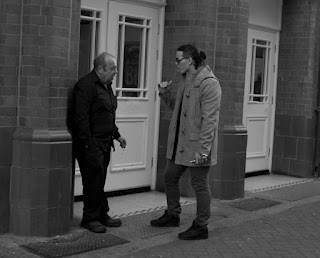 Two men having a catch up

The whole project was hard as to the camera I used as firstly people could see what I was upto some gave strange looks whereas others were quite happy to allow me to photograph them.  Others hurried past without even noticing what I just did...

It was also hard at times to get up close to the people I guess its maybe a confidence issue as I'm not used to doing street with my Nikon only on my phone which is more discreet and easier in a way.
Some of my photos have got people looking away from me whereas it would have been better if I had them looking at me to connect with them.

However I submitted my photos to Leione for feedback she is so knowledgeable in this area of knowing what to look for and what works beside with what doesn't.  I value her feedback massively so interesting and how she is gentle with us too as a class.

She encourage me to look at Trente Parke "Minutes after Midnight" and Winograd along with Lee Friedlander.  She encouraged me to look for pools of light within my images and not to be afraid of getting closer to the people.  Also cropped heads plus people at the corner of the frame, for myself thats hard a I'm used to capturing the person as a whole not cropped heads etc.  But I do see her point as to why, also she encouraged me to look for simple things, themes too and work with that as well.

It has been interesting this project.

Now I move onto Relationships and haven't a clue at the moment how I will unfold that area with my camera.
at November 05, 2016