The film was inside the camera ready to use....I was so excited but at the same time I knew it would be a learning curve.  As I walked around with the brownie it drew a lot of attention as people were passing by they were curious and asked in a polite way what was I doing?

After taking the first photo I had to remind myself to hold my breath and hold the brownie against my body at waist level in order to keep the brownie still, little did I realise how hard it was to do such a simple task.
As I walked around wondering what to capture and decided that my first film would be focused on the open landscape.

I even got up,early one morning at 4:15am to drive to Coniston Water to capture the dawn I wanted to see what I could do with the brownie.  Really you can capture anything with a brownie their is no restrictions.

As I began to go through the film capturing beautiful landscapes, it was only when I was taking the finished spool out that I realised I wounded the film on the wrong way.  It was strange as most film cameras will not let that happen.

It was hard to know what to do seeing it was wounded on the wrong way.  As I strongly felt I'd lost all the images, in the end I sent the film off to get developed really not sure what would happen or if I'd be embarrassed getting it back blank.  Anyway I had to see if there was anything worth saving from the actual film.
The very next day the company that was processing the film got in touch and said they were able to save some images....I was so happy at this news.

Below is two of the images taken with the first film in the brownie...you will be able to see camera shake but it's almost abstract. 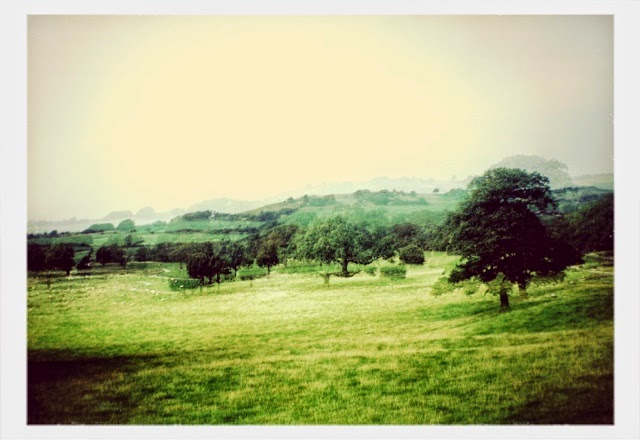 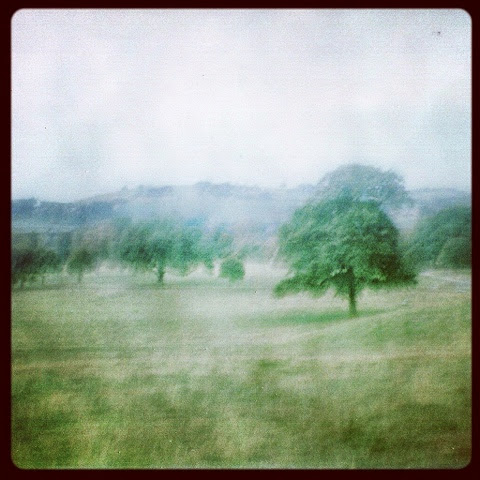 How does this camera work?

As I sat down that very evening looking at the brownie I began to wonder how it works,
excitement filled me at the thought of being able to use this camera.

I knew I had to find the manual.

Google is an amazing tool for finding things that are hard to comeby, especially something like this I began searching and yes it was online so I downloaded it.

As I began to read through the manual I knew the first thing was to understand how the camera works then to purchase some 120 film.  But little did I realise the actual camera takes 620 film which are no longer available.  Again I turned to Google and saw that I had two options one was to either re-spool the film from the 120 to 620 spool or to try and trim the 120 film to fit the camera. The only difference between the two films are the spool size the 620 is slightly smaller than the 120.

So I began the process of trimming the 120 spool being careful not to get anything on the actual film as I did it.  And to my amazement I managed to do that, then I inserted the film ready to take some photos.

Excitement filled me like I was a child again. 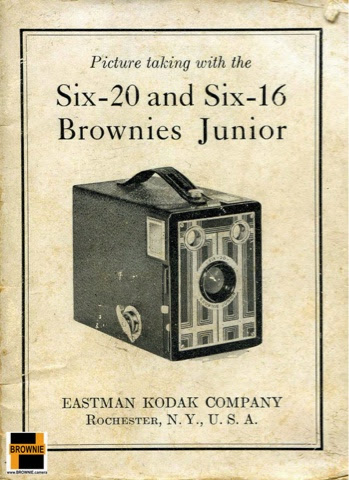 It all began when talking about cameras on a Facebook thread.... Someone mentioned they had a box brownie, I asked if I could see this classic camera but they'd given it away.
A few weeks passed and one of my friends from Iceland told me she'd just bought a box brownie, I was envious and wanted to see this lovely camera...little did I know what was about to happen. This friend from Iceland visited me in July and she said I have a present for you but you have to accept it.
She put her hand into her backpack and pulled out the Box Brownie I was just speechless, I couldn't accept this from her but she insisted....so this is the beginning of my journey with the Box Brownie. 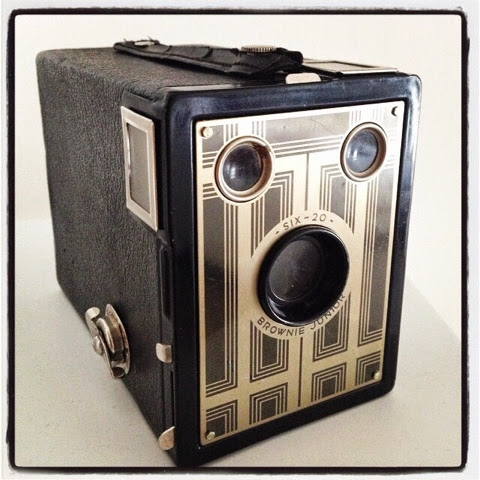