http://www.bbc.co.uk/news/magazine-30744464
Click on the link to see my work amongst others taken with a Box Brownie...
Although they didn't publish my full article due to limited space.
I am deeply honoured to be sharing this with you all as I journey on.
Here is what I originally wrote up...enjoy the read.
In mid September my best friend Guy Woodland who I met through Blackpool & the Fylde College sent me a belated Birthday present which was two Brownie cameras - Box Brownie 1 and a Brownie Reflex.
Having only read about those cameras whist studying for my BA Degree in Photography I never thought I would own such cameras.  So it was the beginning of something very special, it was the start of a new journey for myself.  I sourced film from a company in the South of England as these cameras take either a 127 or 620 film which are very rare to find.
I wasn't really sure what the outcome would be with using the cameras as I'd never seen photos produced from Brownie cameras before.
The outcome was beyond my expectations the photos are beautiful and give a vintage feel, one can see they were taken with a unique camera when viewing them. The photo that is featured was taken on a windy day in Arnside, Cumbria in October 2014. It's taken of the railway bridge going towards Barrow I took it because it speaks of a journey and I'm on a journey with the cameras for this coming year to capture a chosen subject with the possibility to exhibit later. I want to retrace  work that photographers in that era did with the Brownie cameras.
I love the camera because firstly I'm passionate about photography and secondly it was given to me by my best friend who knows my heart and it was the most touching thing anyone has ever done for me to give me a present that would touch not only my passions but my heart...they knew this would be the best present ever...  And having put film through the cameras some of the images from the first film are being exhibited at the college where I undertook my degree.
Images from the Reflex Brownie are being exhibited at Blackpool & the Fylde College from December 2014 till 13th February 2015.
I hope to set up a group for people who use Box Brownie cameras to share ideas and suggestions alike and would like them to get in touch.
at January 26, 2015 No comments:

Brownie days are the best.

Yesterday I walked the streets of Liverpool on a freezing winters day, the sun was shining.  As I walked the streets looking for something that was worth capturing, something that would fit in with what I'm trying to do photographic-wise.   I took a few shots of a backstreet it was lovely, I could only imagine what it would look like as a finished photo from the Reflex.  This is one I took with my phone as a tester. 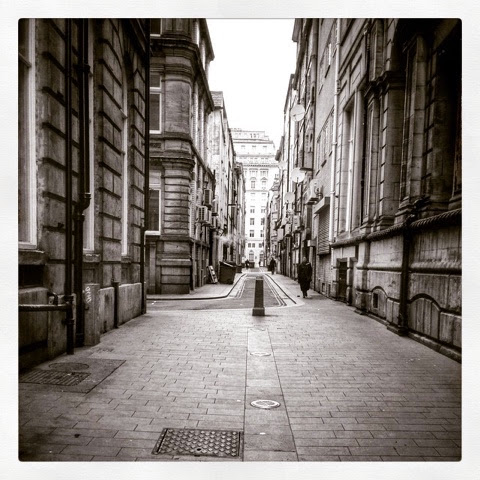 As I walked around the streets looking for opportunities to photograph it's seemed like the hours just flew past.  One thing that was on my mind a lot although excited at the start of the day about taking photos that I'd  like to take what I'd imagined to capture was another thing entirely.  Sometimes one must dream of the possibilities and hope that they will fall into place sometimes it doesn't quite happen that way.
This morning I drove up to Castlerigg Stone Circle near Keswick.  As I was driving the landscape changed it became more snowlike and beautiful I was hoping in my heart that at Castlerigg their would also be snow.
As I approached the top of the hill suddenly I glanced over to my right and saw the stones it was breathtaking it was lovely a dusting of maybe two feet of snow lay neatly on the ground.  I scrambled out the car as I couldn't wait to get snapping.  I got my cameras and walked across the road then I slowly opened the gate to enter the field.  The snow was hard and crisp it wasn't fresh and soft...there was a bitterly cold wind...I got to work quickly.
The first photos I took were with the Brownie then I changed to my Nikon then my iPhone as I just get so excited that I can't wait to see what it looks like from the camera.  I know it might sound silly as you see with your eyes yes you do but sometimes we can miss something that is only seen when looking back at the images.  However I always take two cameras with me now if shooting film.
With the Brownie I almost shot a full roll of film there was so many different aspects to this landmark and with the snow it gave that extra finish...
Now I can't wait to get the films developed and to see them in vintage format as the camera gives a unique finish that I find hard to put into words.
Below are a few that I took with my other camera to show you what I shot today. 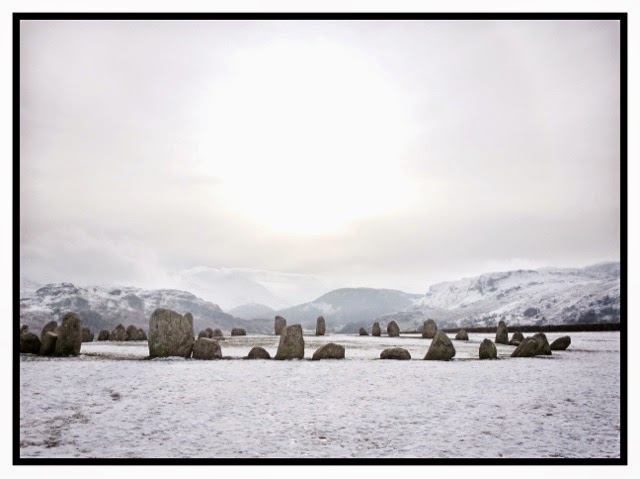 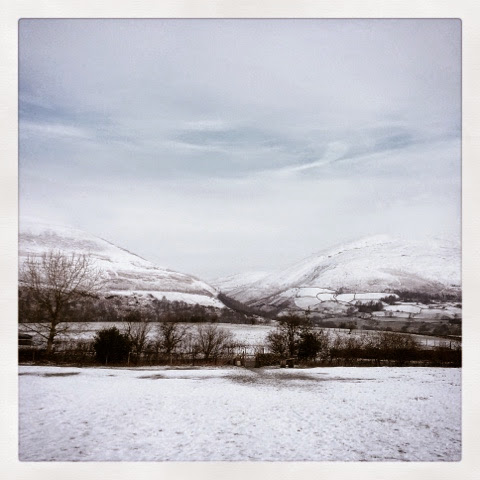 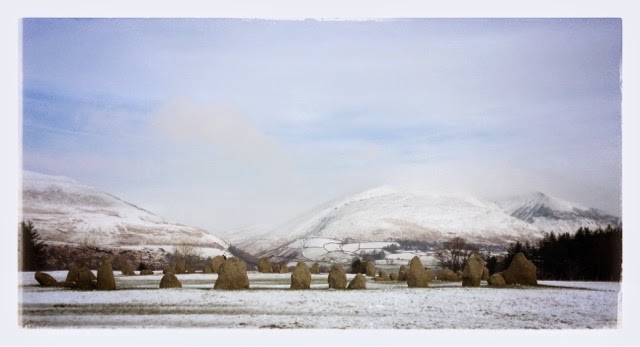 Then of course the ones taken with the Brownie will be in black and white...they will be different.
I must have stayed on that hill top for what seemed like the best part of an hour, it was so cold I couldn't feel my fingers anymore, I quickly dashed back to the car to get warmed up.
It was a beautiful day and worth all the effort I put into going...
As I always say 'brownie days are the best'.
at January 20, 2015 No comments:

Email ThisBlogThis!Share to TwitterShare to FacebookShare to Pinterest
Labels: Brownie days are the best.

The best cardboard box ever.

Just yesterday a friend sent me an interesting article that was published on the BBC News website.
It was titled "The best cardboard box in the world?"
It was interesting reading someone else's viewpoint on the Brownie cameras and what they said the cameras are capable of in their definition.  Everyone has their opinion and are entitled to share.
If you want to read the article that the BBC wrote please click on the link below.
http://www.bbc.co.uk/news/magazine-30530268
Stephen Dowling shared for a brief moment that the cameras were like before the Brownies came into the world of story tellers, and it's lovely reading about them so please click on the link and read what he has to say.
It seems that the Brownies captured more of the 20th century than any other kind of camera.
That is amazing so interesting to know.  If you could just hold one of those cameras and wonder what that would have been like to capture History, to capture more of the 20th century than ANY other camera that is a joy to hold such camera.  You might say yes but what about Digital you have a point but so do I its all to do with the different generations and how technology moves with the times.  Also we are talking about film nothing beats film / analog in our generation now it's considered old, no it's considered gold dust to myself...it takes us back to the start to where it all began for story tellers.
I have found the brownies to be a joy to use in this day and age regardless of what is mentioned about its limitations in the article, simply it's what you make it to be that's how I'd put it and one must be willing to experiment too.  Yes it does have a slow shutter speed but that must not stop one from taking photos and yes it is time consuming too.  As you must plan carefully before taking a photo due to the time and cost involved with the cameras as they either take 120, 127 or 620 film.
The cameras can be set for either snapshots or brief-time exposures.  I will share more soon on the technical side of the cameras it's to do with distance from your chosen subject and the final outcome. And I have yet to try brief-time exposure so more on that soon along with day time and film speed.
I also found it fascinating to read how Stephen shares that these very cameras went to war and were used to capture events from the sinking Titanic basically history was recorded from these little cameras labeled with the question mark asking us if it is the best cardboard box ever to be made.  In my opinion yes it is the best ever.
We are all aware well I hope you are that there are many different kind of Brownies that were made.
They even became the BEST SELLING cameras of all time.
I think these cameras deserve more credit than they are given today...
Yes they are fixed focus and are classified as a point and shoot camera, but the beauty is when you get the photos back and you view them it is like TAKING A STEP BACK IN TIME and the images  are captivating.  I can only give you my word for that but it's true.
The BBC shared this article with the hope that others would share photos taken with Brownies alongside their stories.  I'm looking forward to reading what others share.
I have submitted some of mine taken with the reflex brownie camera.  When the feed goes live I will post it to my blog so you can read what is shared among the different story tellers of today from yesterday.
at January 07, 2015 No comments: