Ramblings with my Reflex Brownie camera

It's been quite some time since I last wrote about the reflex brownie camera.
You may well remember from a previous blog that I wrote about taking photos with the box brownie 1 alongside the reflex I'm glad to say that I now have the negatives back.
When I sent the films off to be developed I also ordered more black and white films for the reflex camera sad to say I am still waiting on those films arriving and am so frustrated with this as it's almost three weeks.  One just wants to get out and go places with my favourite camera and shoot film with it.
The company I use for the film I highly recommend them but one has to wait as the film is in short supply hence the reason why I want to cut 120mm down to fit the 127 spool, so I don't have to wait.
The last films I traveled about quite a bit but I now have to begin to focus on what I really want to do as a project with the camera and then begin to work on that I did find an artist that I was deeply interested in so sent off a email making enquiries to the national trust as to going over to Liverpool to investigate more but so far I've heard nothing back.  The artist I'm looking at is Edward Chambre Hardman who was a well known photographer in the 1950's era.  He photographed extensively all over Liverpool in that decade.  The national trust have preserved his home and studio as it was in those days and I've heard it's very fascinating so one has to see before beginning this step of maybe re-tracing his very steps but from today's perspective.  If it's not to be then I have to do more research to other artists.
I'm only exploring my options as to who and where I would like to undertake my next photograph project but with a difference as the camera I will be using gives a distinctive feel to the finished prints.
Here are more recent photos from my travels with the reflex brownie camera. 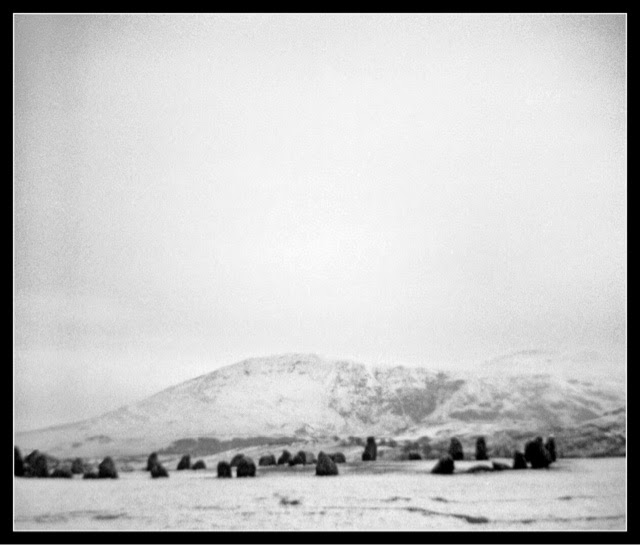 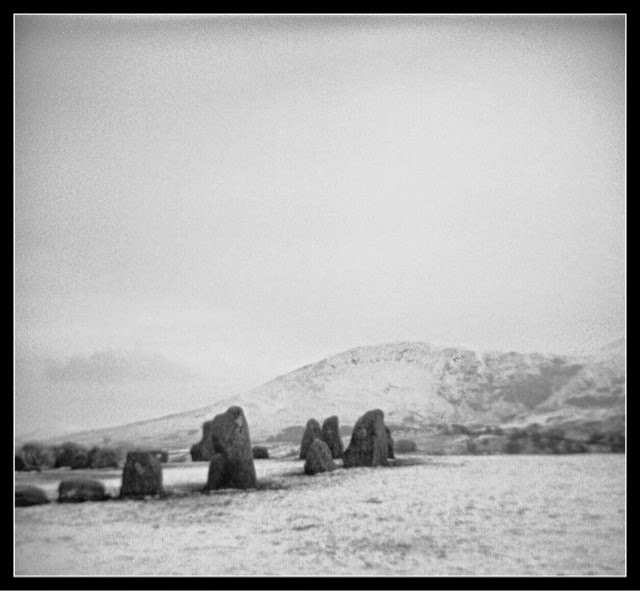 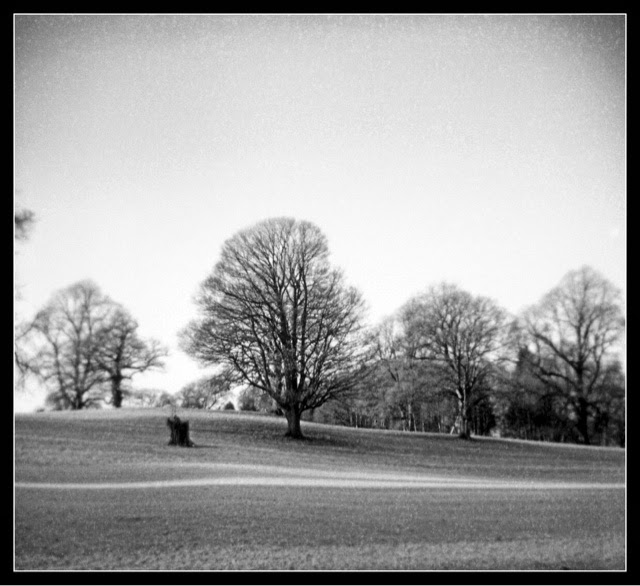 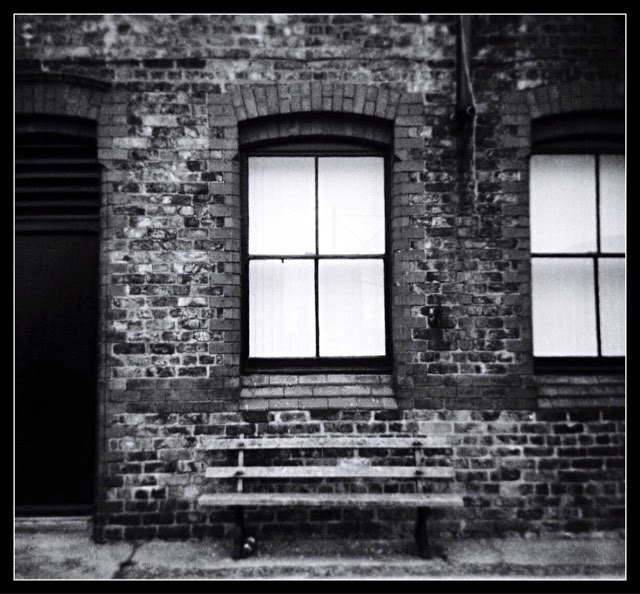 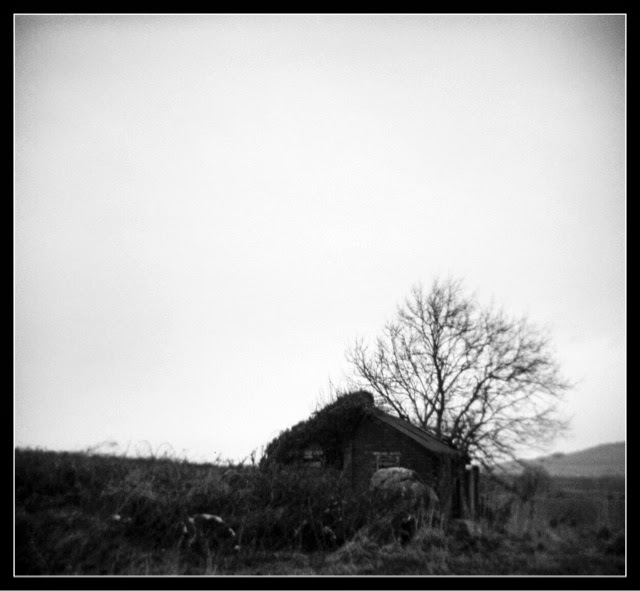 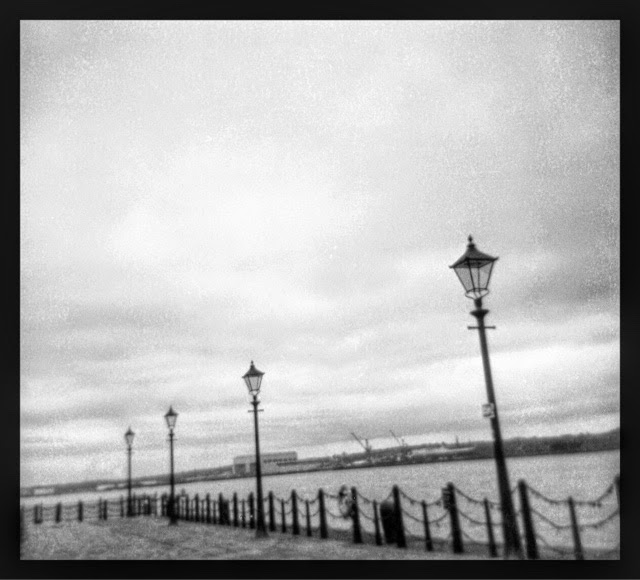 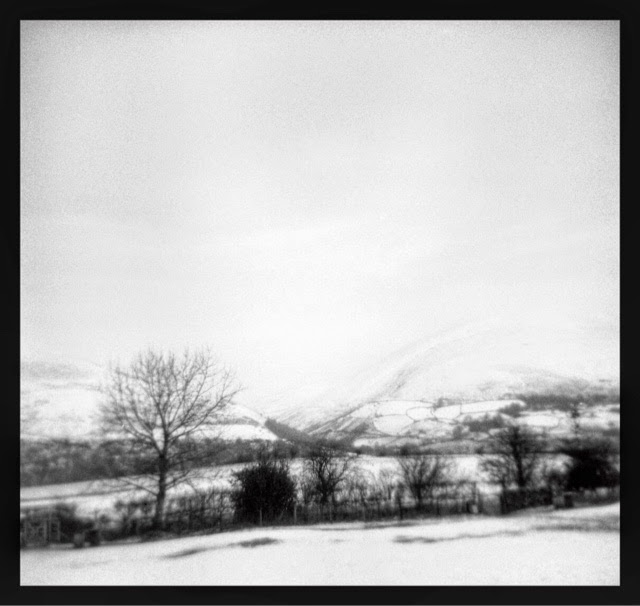 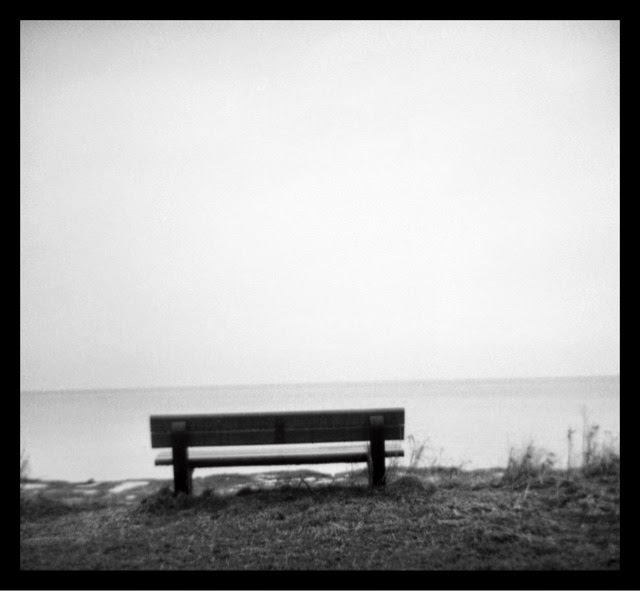 Morecambe bay.
I have more but feel the need to not post all the images.
I hope you enjoy my blog and feedback is welcome anytime.
Hazel
at February 17, 2015