At long last the postman delivered my recent photos from my journey in Hardmans footsteps.
These photos were of where the Ark Royal once stood along with a trip across the Mersey, quite a mix of different areas within Liverpool where Hardman photographed his own city and surrounding areas.
I remembered the day like it was yesterday as when one looks at their photos it brings back memories / events where really are from the yesterdays.
It was great to view these new photos as I'm always pleased with the outcome of the photos from the Brownie camera, it delivers and delivers well dare I say....it's a great little camera which gives me joy.
I don't want to bore you with writing lots so I'll share the photos so you can see where I've been, on my journey. 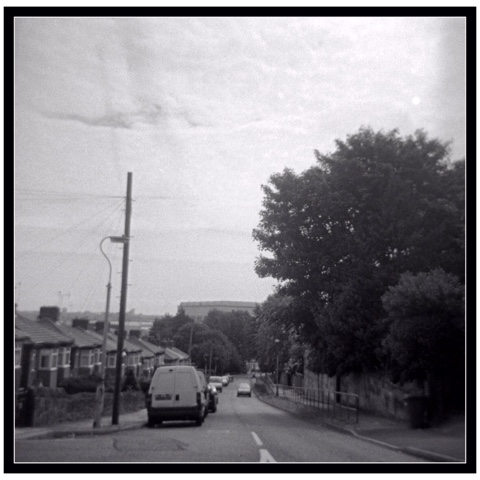 Where the Ark Royal was once seen in the distance.
I took several shots of this viewpoint trying to get it spot on...see below...little snapshots. 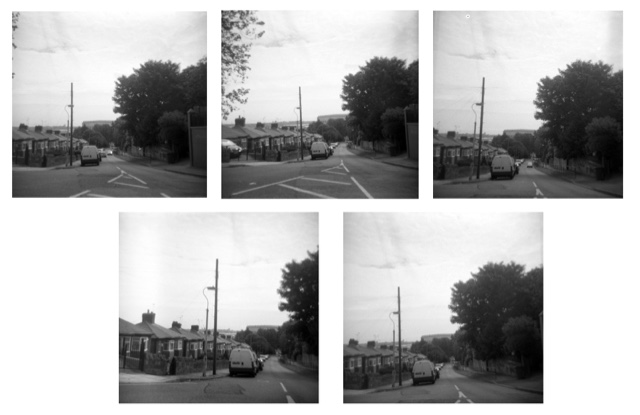 The same view from higher up looking out from a block of flats. 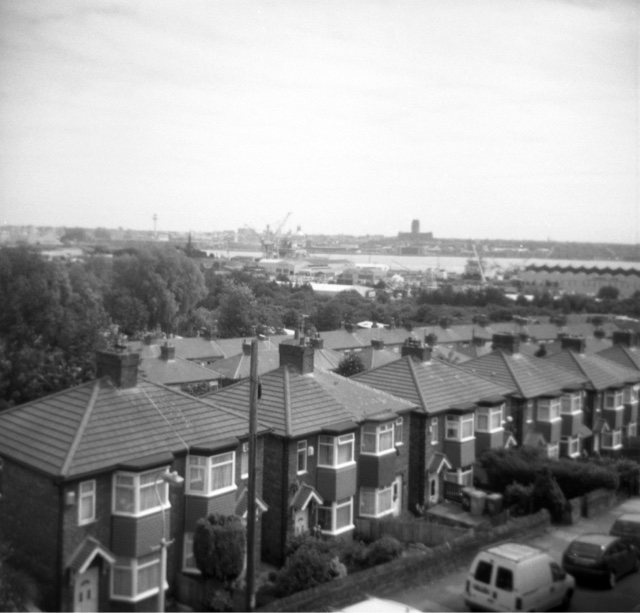 I then took the ferry ride across the Mercy - Hardman did the same thing but he was able to capture children on the way to school in the 1950's.  However on the day I traveled only adults were present but it was a great ride.  The ferry was different to when Hardman traveled on the ferry, so it wasn't easy to try to re-create his photos from then till now, but it's interesting seeing how things have changed. 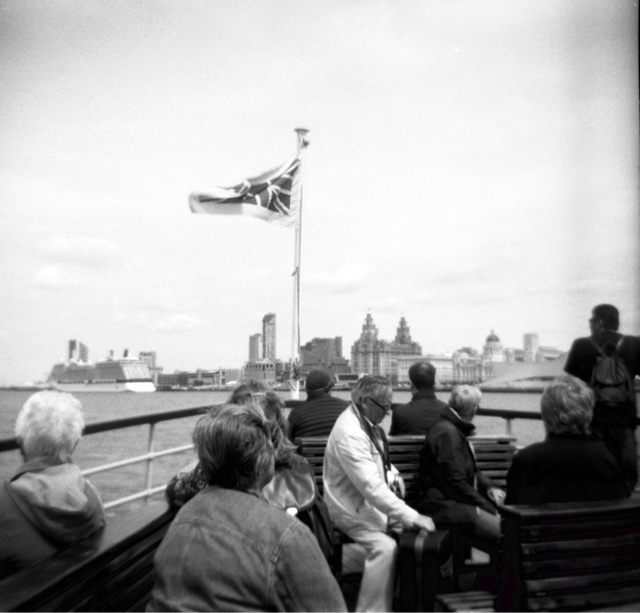 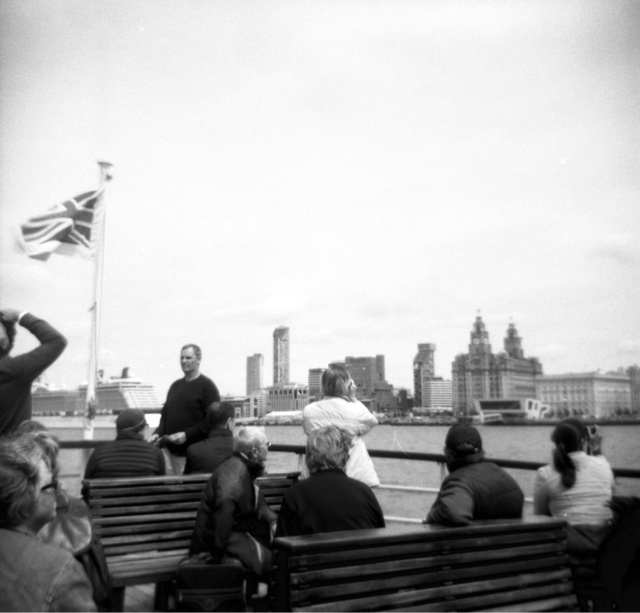 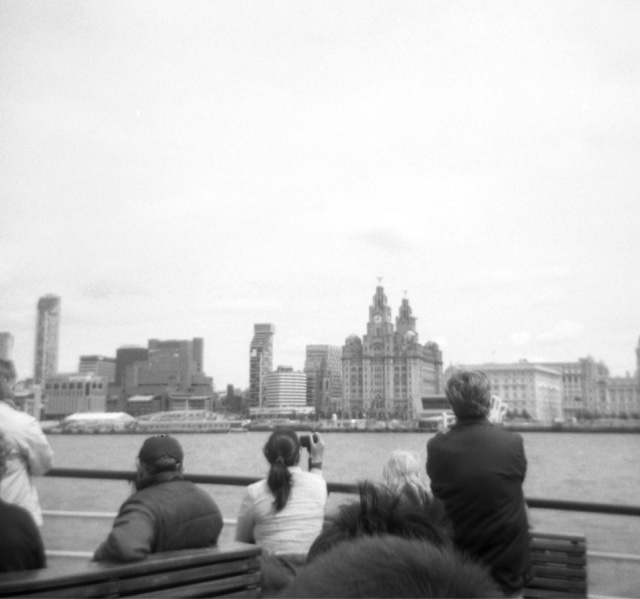 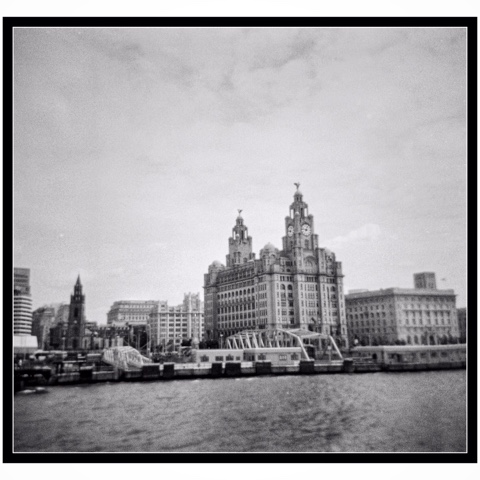 Upon arrival at the ferry terminal, I ventured out like everyone else but before settling off looking for the World Museum in Liverpool, I needed a coffee so I sat down looking at the river and at then I heard some young guys making such a racket behind me that I turned to look and see what was going on, I decided to snap them as I don't have many photos of people with my Brownie so below is what I got... 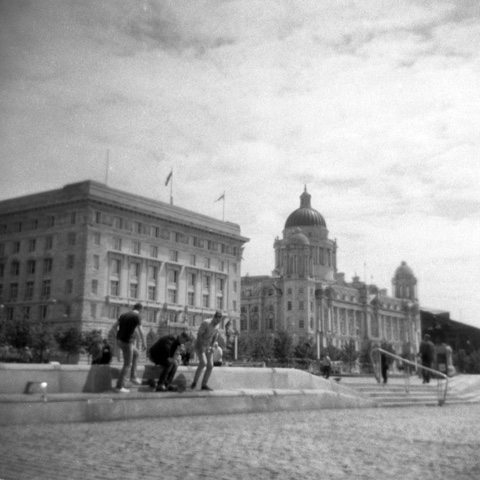 So when refreshed I continued on my journey looking for the World Museum, see photos below of the view from the Museum.  Remember I'm trying to re-create the very places and photos where Hardman once stood to photograph them. 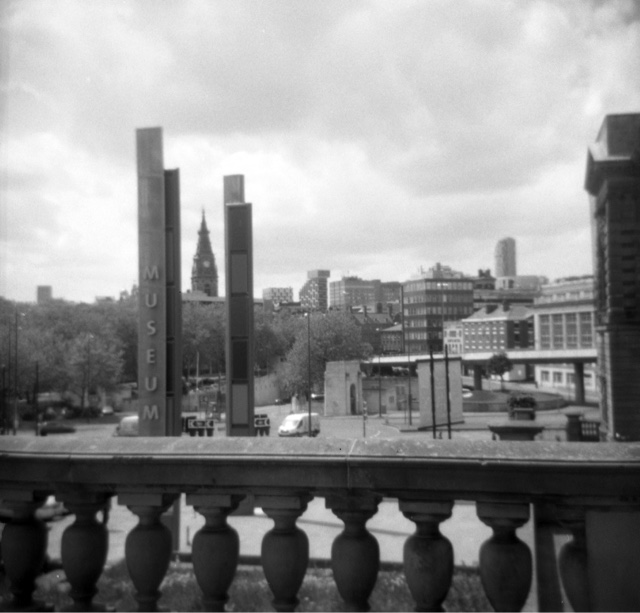 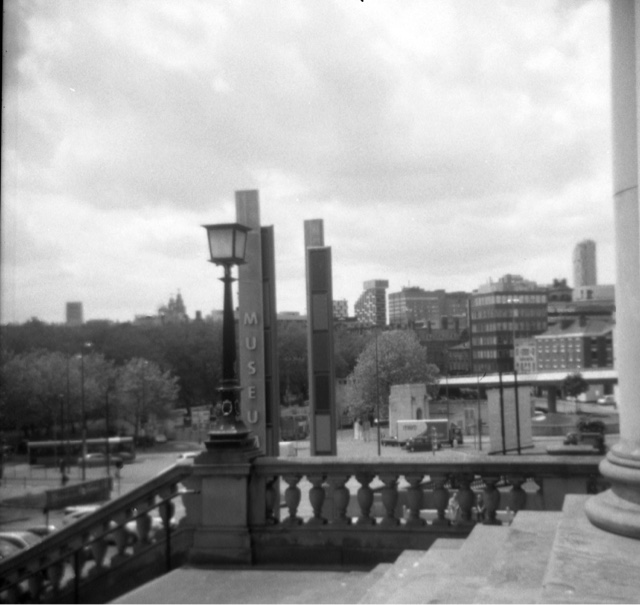 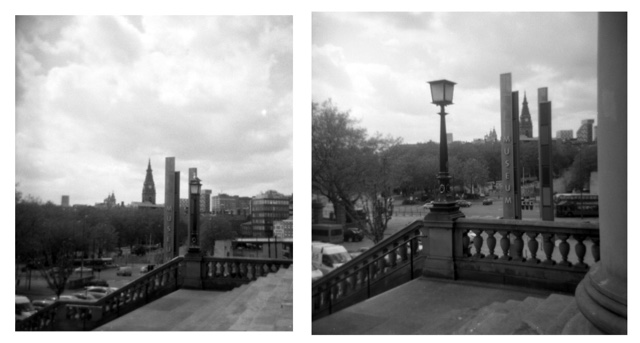 Mr Hardman also captured a statue near by the Museum, he was really interested in the details found within the statue and the beauty.  I'll let you be the judge of that... 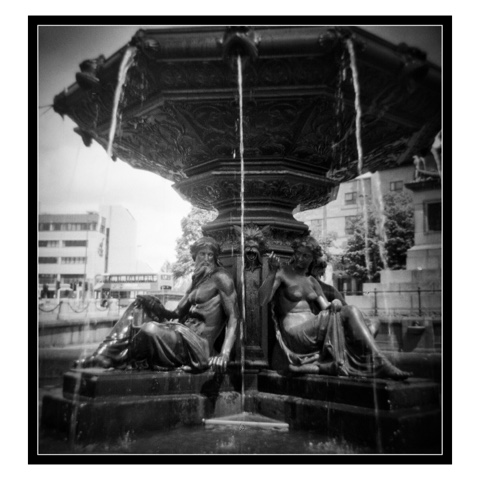 There are a few more photos but I feel the above is enough for now, all the photos are pure no editing has been done.
Tomorrow I will journey on to Ludlow Castle to capture the castle as Hardman captured it, I will do my best....it's a very beautiful castle.  So a new blog is coming soon.
at July 19, 2015 No comments:

It seems like a few weeks have passed since my last blog.  I'm still awaiting on the return of my films, which should be any day now.
Another day has gone and I'm still waiting.  Sometimes it's kinda slow moving this project and I wonder if it's worth going on with it, I wish I had the film really available here and the resources to develop and scan the negatives myself.  I guess I need motivation and encouragement at times.
In the mean time I do plan a trip to capture the bridge and castle at Ludlow in Shropshire, but I need to plan that well as its a three hour drive / six hour round trip but maybe longer depending on traffic.
So I am awaiting on my films coming back....soon I hope.
Below is a screen grab of the castle at Ludlow in Shropshire.  It's a gem so beautiful. 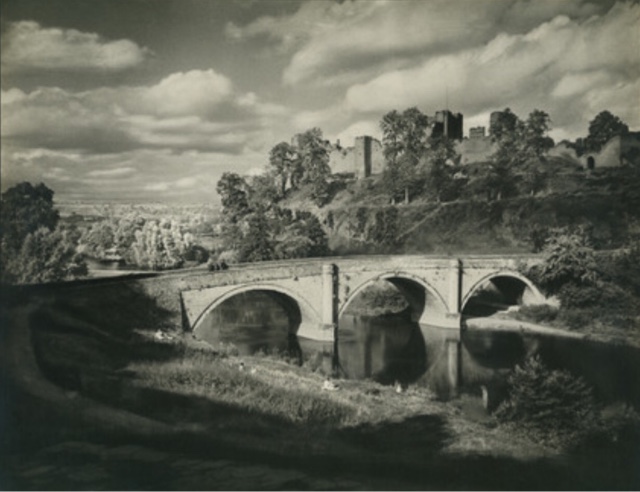