This past week has been filled with absolute joy and it's been an amazing eye opener too.
For my birthday a week past Sunday my best friend gave me two lovely vintage cameras yes you read it correctly.  I am now the proud owner of a DurflexII and another Brownie Reflex.  Little did my friend know that I'd wanted a backup Brownie Reflex camera so to receive this was just beyond words.
Sunday morning arrived as I sat on my bed with my presents and a nice cup of coffee I began to open my presents saving the big box for last.  I didn't know what it was but I knew in my heart if it was what I thought it was my heart would overflow.  As I began to pull at the sellotape and open it slowly I saw there was a camera as I lifted it out happy tears began to fall.  Then I pulled out something else it was brown and felt heavy it was another camera a Brownie Reflex I had no words other than "thank you" which seemed like small words not big enough to say how I really felt about this beautiful gift.
I ordered film for both cameras and the day I received the film yes I went out to capture somethings with the cameras I just had too as was so excited.
These past few days I've spent testing the cameras yes they work but it's the finished results I'm excited about now.  You all already know that I've used a reflex before but the mystery remains with the DurflexII I have no idea what that little camera produces it will be interesting.  Looking through the viewfinder on the DurflexII is beautiful in many ways and holding the camera too is a joy, I referred to it as Magical and it is indeed.
The films have been sent off so now I'm waiting to get the negatives back....so the next blog will be underway soon....
Below are my new cameras...  I love them. 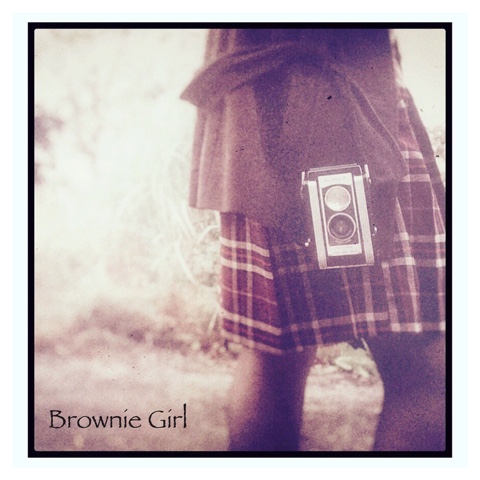 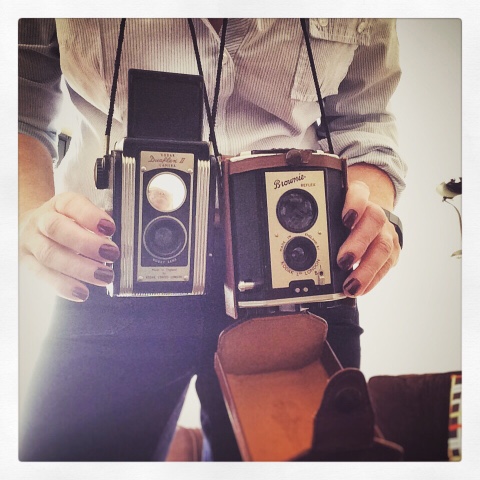